What The World Needs Now – Episode 038

“…is love sweet love.  As Burt Bacharach and Hal David said, that’s the only thing that there’s just too little of.

“I shall resist reminding you of the many horrible and ugly things happening in the world.  I shall refrain from listing the many many incidents of casual interpersonal violence that occur all too often in our daily lives.  You know.

“Some of you will have heard of Project Aristotle, in which Google set out to discover the secret of its teams’ successes.  Data was mined.  Of course it was; this is Google after all.  Initially, they struggled to find patterns.  What they eventually noticed was that it wasn’t whether a team was more task-focussed or was composed of a fine balance of “personality types”, but whether the teams demonstrated consistent sensitivity to one another’s thoughts and feelings.  In short, the secret they discovered to good co-working at Google is just being nice to one another.

This bit is quoted from John’s article on his blog; Quantum Shifting.

In this episode we talk about the necessity of being nice to one another. We try to stay on topic and keep the conversation related to work, and how we can reimagine the workplace. However, the workplace is an integral part of our lives and cannot be separated. Especially when we talk about the attitude of people which is continuously influenced by all things, not just the workplace.

Subjects we covered in this episode:

What the World needs now

by John Wenger and Rogier Noort 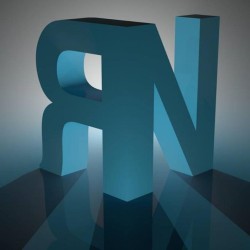 Connect:
Rogier Noort
Director at NOORT Social Business
For over 10 years I have created social business platforms for organisations that encourage innovation and creates fluid communication channels among employees.